During the past 3 years ServeNow has ministered to nearly 50,000 children in India through various “Lighthouse” projects and extension of the church partnership programs. While through the strategic partnerships ServeNow impacted 500 HIV affected children and their families, one of the small but very focused efforts was given in a project to rebuild the lives of children affected with HIV through a home for HIV+ orphan kids.

The Government of India estimates that around 2.40 million Indians are living with HIV out of which a significant number of cases are innocent children below the age of 15 who inherited the disease from their parents. The recent study shows that maximum number of such cases are found in the four southern Indian states.

For the past three years, we are taking care of 14 HIV+ children who have lost both or at least one parent to the disease. These kids have gone through severe social trauma and nonacceptance in every aspect of their childhood. At ServeNow’s Lighthouse Center, each of these children are accommodated in a safe home environment and made sure they lead healthy lives with proper diet and timely medications. The results are seen during the monthly health checkups where reports show that they have been doing better than the month before. For a better future the children are enrolled in private English medium school – initially it was a challenging learning curve for the kids coming from remote villages without proper educational foundation. But the kids faced this challenge too like every other challenge they have been facing and have been performing well in school. 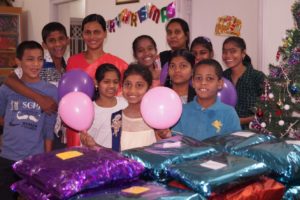 We have seen improvement not only in terms of health but the whole well-being of the kids. There is even a great change in the attitude of their relatives towards the children. The relatives who had given up all hope about these children now know that with proper care the children could lead a normal life and having the disease does not necessarily mean they should be cast away. It’s a great achievement that four of these children have been rehabilitated back to their families who have taken up a new challenge to take special care of these children!

Here are a few things the kids at the Lighthouse Center have to say about their experience here.

Sirija lost both her parents to HIV at the tender age of 3.  She had a rough childhood until she was admitted to the Lighthouse. Sirija has been with us for the last 2 years. She just turned 13 this year and was promoted to fifth grade! She recently recovered from minor surgery (appendicitis). Sirija shared with us, “My relatives used to keep my plate and glass separate from the other household utensils and I was made to sleep in a cold corner of the house just because I had HIV. Sleeping alone used to scare me and I wished my parents were around me. I love to stay here at the Lighthouse center, I have found myself a home and a bigger family. I sleep in my own bed with other girls / sisters in the room and my plates are not kept separate in the kitchen. I feel like a normal girl here.” 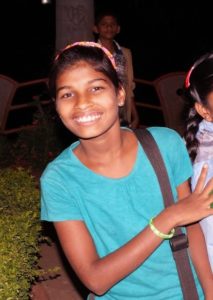 Bharath is our youngest child (9 years old) at the Lighthouse. He lost both his parents to HIV / AIDS by the tender age of 5 and has been with us for the last couple of years also. When asked about his stay at the Lighthouse he told us. “Nobody played with me back at home as I have HIV, and I never had any friends. Here at ServeNow’s Lighthouse Center I have friends who love me and play with me. The food here is awesome too. This place feels like home to me.” 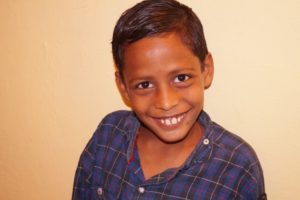 Sangeetha became an orphan at the age of 3 and was raised by her grandmother for some years. While she was seriously ill the tests proved that she is HIV+ and her life took a different turn. She was kept at home for seven years thinking that she may not survive, however her uncle came to know about our Lighthouse and admitted her here, where she started getting better and also restarted her education. Even though she started attending school late she is learning fast and attending ninth grade she has made the Lighthouse Center her home. Sangeetha shares, “I am overjoyed to live here. When I’m feeling low and missing my parents, the Lighthouse family comforts me. I am so blessed to be a part of the ServeNow Lighthouse center. What overjoys me is the fact that here I am loved more than I was ever loved by any of my own relatives.”

Vaishnavi celebrated her 10th Birthday this April. Vaishnavi’s father lost his life to HIV aids. He was a truck driver who contracted the disease during his many assignments and passed it on to his wife. When it became difficult for Vaishnavi’s mother to live with the stigma of being a HIV+ widow, she approached ServeNow for help. It has now been more than a year that she and her brother Ganesh has been with the ServeNow family. She has grown healthy and has been doing very well in her studies too. Vaishanavi says, “I love it here at the Lighthouse center. I have many friends and we celebrate all the birthdays, which never used to happen back home. I also enjoy the occasional outings and the tasty food.” 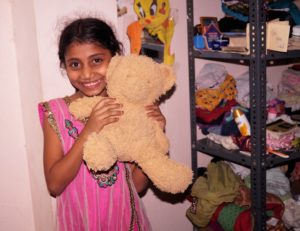 Would you consider a monthly gift or one time generous donation to help support these precious children? It costs a little over $2,000 a month to provide for these children. If you can help on any level click here: Support HIV Kids Home.