In December 2017, ServeNow was able to dedicate 25,000 New Testaments and thousands of copies of the next four books in the Basic Discipleship Series: Bible, Church; Holy Spirit and God.

As the Bibles have been going out to some of the most remote villages in Uganda, we have received remarkable feedback on their impact. The Word of God is reaching believers who never thought they would own a Bible!

One church member said, “I am so happy that I received the Word of God. I didn’t expect God’s Word would reach us here, deep in our rural community. I am going to start reading and studying it and I believe my spiritual life will grow and get stronger. I want to extend my appreciation to ServeNow for their heart and for growing the Kingdom of God with these materials.”

We gave out 300 Bibles to pastors and their churches in a remote region where they did not yet had access to the Scriptures. The overseer of this region, said, “I have never seen anything like this happen to the Christians in our area regardless of their backgrounds. To be given Bibles for free is amazing! Surely God has visited our region. He is wanting us to obey his Word, now that we have received it.” 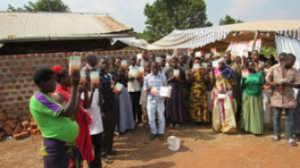 One member in this same region said, “I have long had a burning desire to read and study the Word of God and grow in Christ through the knowledge of truth about Jesus, but I had no access to the Bible.I am grateful that I now have one which I received for free. I believe that I will develop a deeper relationship with God through His Word.” 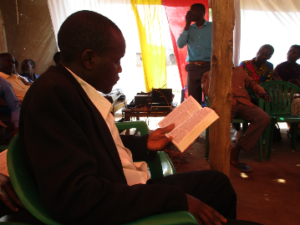 During a four-day open air evangelism crusade in a rural village, 200 people came to the Lord, hallelujah! New believers were encouraged to attend the Sunday service, and most of them attended. Here, we got the opportunity of offering 120 Bibles from ServeNow, and members were instructed on reading them so as to grow spiritually. Later, a training for water baptism was organized and 98 new converts were baptized. All the participants received Bibles to continue studying during their free time.

The pastor of the local church was overjoyed that such a great harvest was added to the church and that Bibles had been provided. He said, “It’s amazing! This has never happened in our area, people are getting saved in such big numbers and getting their spiritual needs met by the gift of Bibles. May God bless whoever He has used to bring spiritual transformation to this community.”

Following the distribution of the first set of the Basic Series booklets to a Muslim Primary School in the last three years, the Muslim community is not happy that many pupils have converted to Christianity. They made secret plans and set the Head Teacher’s car on fire, claiming that he opened the door to Christianity at a Muslim school. They were also waiting for an opportunity to burn the pastor’s car as well, but by the grace of God their plans were thwarted. When the former Head teacher left, he started a new school in the same community and three-quarters of the students from the Muslim School joined!

We introduced the pupils to the Bible and through the preaching, ten pupils gave their lives to Jesus Christ – hallelujah!  The headmaster of this school was so grateful for the Bibles and pledged, along with his staff members, to teach the next generation the Word of God.

At another primary school we gave out Bibles to the pupils. The director of the school said “I thank God for this blessing. We are challenged to teach this young generation the Word of God. The morning devotions and Bible studies at school will be more powerful as Bibles have now been provided.” 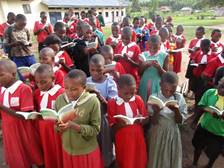 The overseer of another area, said joyfully, “Our prayers have been answered now that we have Bibles. Most of our people had no hope of getting or buying any and most of the ministers don’t even have Bibles. These Bibles and booklets are going to change believers’ spiritual lives. Their hunger and thirst for the Word is going to increase. The booklets have provided a platform to teach the church, since they have shown us the need for teaching Christians. Many of us from rural communities tend to not care about teaching new believers. But through these materials we are now experiencing real revival!

***Thank you for your prayers and support of ServeNow as we seek to serve those most in need. To donate today click here: Where Most Needed.