ServeNow’s partner in Uganda, Pastor Moses, recently held a seminar for over 70 pastors. ServeNow had also been able to donate 24 bicycles to pastors in this district. The pastors were grateful for the means of transport as they all didn’t have any means of transport. The majority used to walk 14 miles to and from their ministries. This used to consume a lot of time as they would literally spend over 6 hours on the road. Up until now, many pastors were hindered to effectively conduct ministry due to no means of transportation. 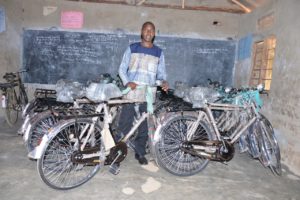 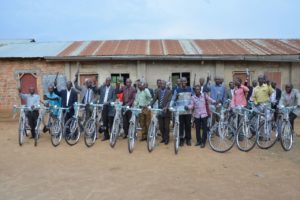 Among the pastors was one man who irrespective of his health condition, had been very committed to ministry, yet would struggle with transportation. In 1988, his leg got a swelling. The swelling intensified and burst leading to bleeding and wounds. He went to a district heath facility and was operated on. However, the condition resumed in 1991 and he was referred to another hospital where he was operated on. Since then, he has been operated on four times. However, he still feels pain but has great zeal for the ministry and won’t allow anything to hinder him! He appreciated the bicycle as it would help him in transportation to relieve him of the pain and therefore serve God more efficiently. 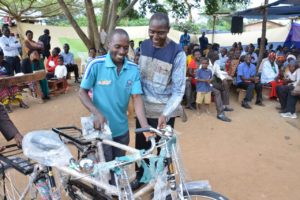 One of the most beautiful parts of this particular bicycle distribution was the fact that none of the 24 pastors who received these were connected to pastor Moses’ church network. Together with the zone leader of Moses’ network, it was decided that these bicycles would be given to other pastors in worse situations than their own. ServeNow is touching the entire body of Christ in Uganda irrespective of being part of the same denomination. 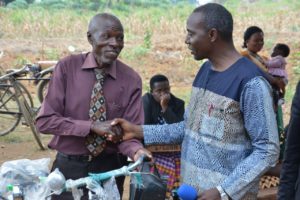 ***If you would like to provide a bicycle to other pastors to whom this would be a great encouragement to their ministry of sharing the Good News of God’s love in Jesus Christ, click here: Bless a Pastor with a Bicycle.