Last week, Pastor Moses visited churches of Bundibugyo, Uganda. Bundibudyo district is in the western region, bordering Democratic Republic of Congo. Since the elections of last February, there has been post-election violence in this region, which later turned into tribal conflicts between the Bakonzo and the Bamba. Many were killed, properties were destroyed and houses were burned. As a result, many residents fled the area.

Among those affected by this tribal war was Pastor George and his family. He was attacked one night; four of his children were killed instantly, his wife and one-year-old baby were hit with pangas (bladed African tools like machetes) and were left unconscious. Murderers thought that they had killed them too. Thank God they didn’t die, but they were badly wounded. The wife is still in much pain and in need of medical attention. When Pastor George escaped, he ran to the police for help, but instead of being helped he was arrested as a suspect and up until now he is still imprisoned. The surviving family members have since then been left without a breadwinner, and they are totally hopeless. 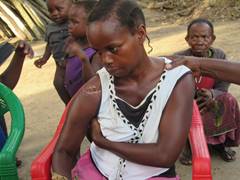 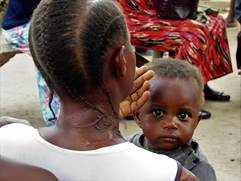 This whole community, including church members, were full of anger, bitterness and hatred. It was at such a time of confusion of whether to take revenge or not, that Pastor Moses took the Gospel of forgiveness and reconciliation. He encouraged all those who were offended to imitate the example Jesus gave us; he not only forgave those who killed him, he also died on the cross for the forgiveness of all our iniquities, however big they are. 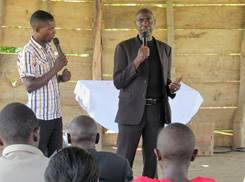 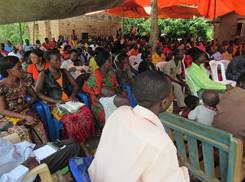 Pastor Moses later handed out The Basic Things You Need to Know About Jesus booklets to those who can read Luganda or English. Members in this region had not received these booklets before. They were so grateful for these booklets, which they promised to study. 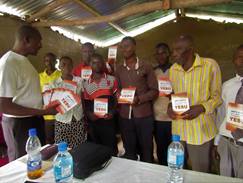 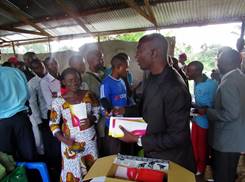 Please pray for these churches and people who are wrestling with the emotions of recent suffering. Pray that as they read our resources and think on the life and example of Jesus that they will find the grace and strength to forgive even their enemies as Jesus did. Pray God will comfort their hearts, grant them peace and heal their wounds (physically, emotionally and spiritually).