ServeNow currently serves in 22 countries to share Christ’s passion for the world by serving the most vulnerable through national churches and leaders. Since the start of our ministry, it’s grown significantly throughout Africa, Europe, Asia, Latin America, and the Muslim World. Sri Lanka is just one of the Southern Asia countries where we serve.

Sri Lanka is nicknamed The Pearl of the Indian Ocean and the teardrop of India. It’s known for its breathtaking beaches and picturesque sceneries that unfold the mysteries of ancient ruins. This small island nation is home to rich biodiversity, large cinnamon and tea exportations, and breathtaking natural wonders.

Here are some quick, key facts you should know about Sri Lanka:

Culture and Traditions in Sri Lanka:

Sri Lankan culture blends influences from Buddhism and Hinduism. It’s home to two main traditional cultures: the Sinhalese and the Tamil. Buddhism is the major religion with 70.2% of the population. The remaining population identifies 12.6% as Hindu, 9.7% as Muslim, and 6.1% as Christian.

Lanka’s national motto is Pro Patria, which means “For the Fatherland” in Latin. Interestingly enough, Sri Lanka holds the hi

ghest literacy rate in South Asia at 92 percent. The country prioritizes education as a fundamental right in its Constitution.

Food and Drink in Sri Lanka:

Kottu Roti is Sri Lanka’s national dish. This meal consists of diced roti stir-fried with scrambled egg, onions, chilies, spices, and optional vegetables or meat, such as beef and chicken also occasionally mutton or chicken. Another infamous Sri Lankan dish is rice with curry. Rice is typically eaten with vegetables, meat, etc. Traditionally food is served on a plantain leaf or lotus leaf.

Why ServeNow opened and serves in Sri Lanka:

Because of our nonprofit’s long-lasting connections and partnerships, ServeNow partnered with Lal Withange as our national leader. He served with Lars Dunberg at Global Action and perfectly represents the beautiful island of Sri Lanka. ServeNow Sri Lanka launched in 2021 and began to serve the most vulnerable communities alongside the church.

What are some of ServeNow’s projects in Sri Lanka? 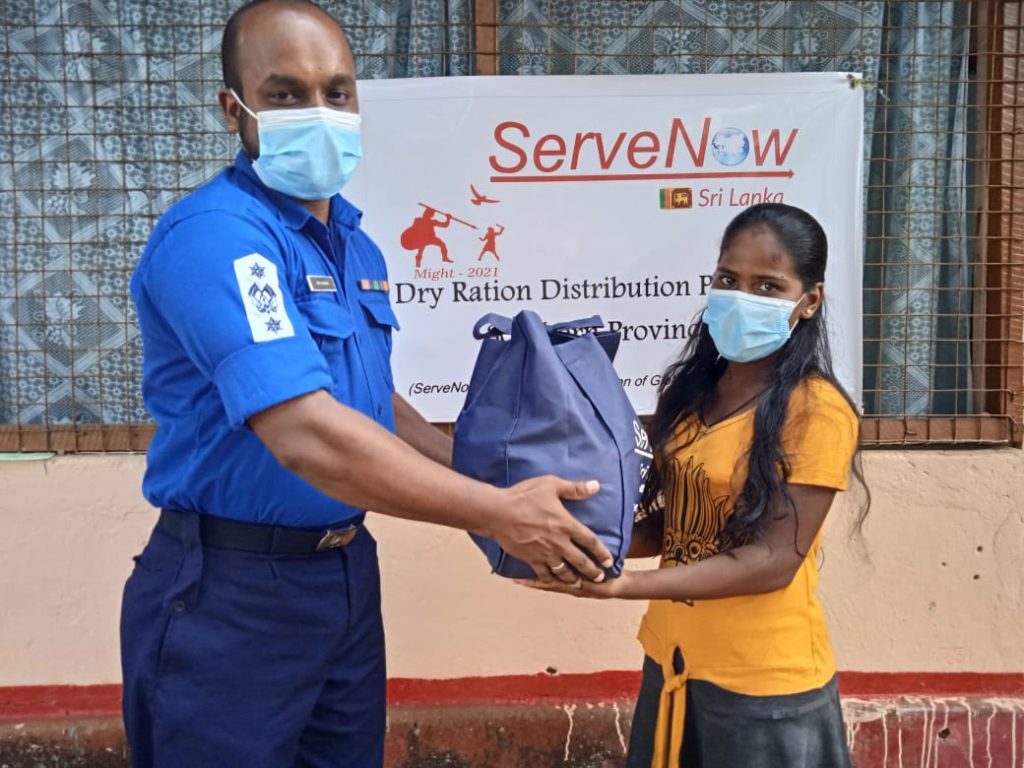 On August 30, 2022, Sri Lanka announced a national financial emergency due to the substantial devaluation of its currency. Sri Lankans are facing the brink of bankruptcy, violent protests, food and medical shortages, record-high inflation, and so much more. Our current projects focus on serving the most vulnerable through numerous projects; Containers of Hope, the Basic Series, the Joseph Project, Unity Service,  and other basic needs. Each project falls under our three pillars (Equipping the Church, Educating for Eternity, and Outstretched Hands).

ServeNow Sri Lanka is dedicated to sharing Christ’s passion for the world by serving the most vulnerable through national churches and leaders. Together, we can bring the Gospel to light by meeting critical needs holistically.

Lastly, please pray for the most vulnerable in Sri Lanka and safety as Ben Foley travels to see what’s happening there and the impact of our programs. Consider your role in generosity to meaningfully impact Sri Lankans.

Where the Need is Greatest

ServeNow ministers to those in greatest need whether it be orphans, elderly, skill training, clean water, warm clothing, medical care, disaster relief etc. If you have a heart to give to ServeNow but aren’t quite sure where your money should go, or you simply believe in the mission of ServeNow, just give to wherever the need is greatest and we will make sure it gets where it needs to go.

Category: About
Product Search
Your Cart