The stories you are about to read are heart-breaking. Whether due to the tragedy of war, poverty, family breakdown, substance abuse or physical abuse, many of the young children who attended our first summer camp of 2017 in Ukraine, come from very painful life situations. Yet they had the time of their life at this camp!

And, by the end of the camp, 19 of these children prayed for the first time to receive Jesus as their Savior and 30 cried out to God to renew their relationship with him! We are so thankful for our donors who make these camps possible financially and especially our Ukrainian volunteers who gave of their time to serve these kids at this camp!

We ask that you don’t simply read these stories, but will pray for these young people that you read about, and the next two camps about to begin with more children like them…

Taya is 13 years old. She is the eldest child in the family, does all the chores and looks after her younger brothers. She has a complicated relationship with her father, because he beats her. Taya does not have her own room; no one encourages her in her interests and hobby. She is the only believer in the family. During the night when repentance and salvation was shared, she cried and said: “Two persons fought in me. Now Jesus lives there.” Taya believed in herself and in Jesus. 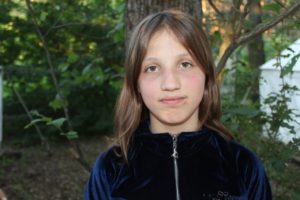 Tolik is 13 years old. Tolik told us that he started to drink alcohol and smoke when he was just 4 years old. He lives in a boarding school, but goes home for the weekends.  At the camp he decided not to smoke. He was surprised that nobody drinks, smokes or curses in the camp. There is no such relation in his environment. He doesn’t want to go home, because he has nothing to do there, and he is afraid of doing obscene things again from idleness. He wants to change his life. 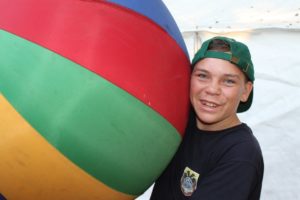 Katya is 11 years old. Katya has only a mother. Katya feels embarrassed because of her appearance and physique. Children often make fun of her and don’t accept her into their groups because of that. However, in the camp she found friends and was accepted. When all the children were photographed, she put on her beautiful dress and posed positively before the camera. In the camp she learned about God’s love for her and became more confident in herself. 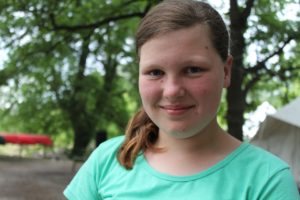 Sasha is 10 years old. Five years ago her father died. At one of the evening services at camp it was said that Jesus Christ was sent by God the Father. On that day during the service she was crying because she remembered her father who is in heaven. Sasha was thrilled because while she does not have an earthly dad, she could have a spiritual Dad. 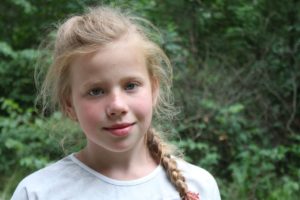 Roman is 17 years old. He comes from a dysfunctional family that does not believe in God. He has a very complicated relationship with his stepfather and often quarrels with him. Also, because his parents abuse alcohol, he and his siblings go to a boarding school. Roman received Christ a year ago, but this was not well received by his family. They constantly humiliate Roman for his faith. The boy does not have close friends. Therefore, he needed support and strengthening. In the camp he met friends and found a spiritually close fellowship, where he was able to root himself more in Christ. 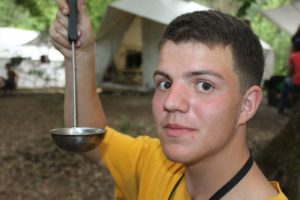 Vitya is 13 years old. Vitya doesn’t know his father. He and his mother live in a great need. The mother has to work hard together with Vitya to provide for the family. They have a garden and few farm animals. Looking after them is Vitya’s responsibility. All summer holidays he spends in the field, earning money for the family. Last year, Vitya also wanted to go to the camp, but his mother did not let him go – there was a lot of work to do in the field. He was waiting for this trip and was afraid that he would not go again, but his dream came true! These were his real childhood holidays. He enjoyed every minute and every event in the camp. Now he is going back home to work together with his mother. 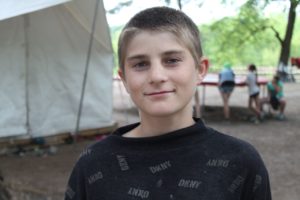 Nastya is 14 years old. She has already been attending boarding school for four years. She has two brothers who live in the same boarding school, and two more brothers living with another family. Their parents are deprived of parental rights, because of alcohol abuse. Two brothers are now living with a foster family. This is Nastya’s first time in the camp and she doesn’t want to leave, because she goes straight into a foster family and she doesn’t know what it will be like. She is afraid of the unknown. However, during this time, she enjoyed everything in the camp, especially sports stations. She has never been involved with such activities. 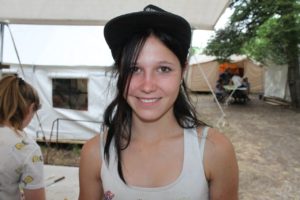 Oksana is 13 years old. She is from a very poor family and her father abuses alcohol which causes many problems at home. Because of this, Oksana often stays at the boarding-school, even when all the children go home. She did not call home and was not bored in the camp. She is humiliated and offended at home. In the camp she really liked the fact that everyone was equal – ate together, cooked, cleaned. People didn’t differ according to material wealth. She was just like everyone else, along with everyone. 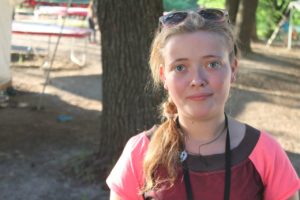 Valya is 16 years old. She has only her mother. The mother is dysfunctional and often changes “dads”. Valya lives in a boarding school, and comes home for the weekend. Previously, she didn’t have a chance to visit any other place, especially a Christian camp. She was very surprised that there are Christian songs and that being a believer in Jesus can be interesting! On the evening of repentance she went out on the stage where she began to cry and want to receive Jesus as her Savior, Lord and Friend. 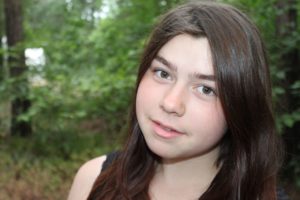 Vlad is 16 years old from Kyiv. Vlad is from a family of believers. In 2014, Vlad’s father died in the ongoing war in Eastern Ukraine. Vlad has brothers and sisters. Currently the boy lacks support. Although he is a believer from childhood, a period of temptations in his life has begun – he is discouraged by the fact that his father is gone, he was into computer games too much and became distracted from his relationship with the Lord. He really needed to be encouraged and strengthened. In the camp he communicated with believing teenagers. Here he started again reading the Bible and praying with everyone! 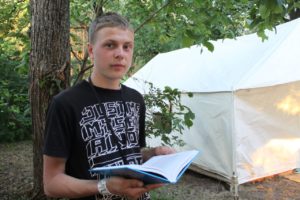 To learn more about the many opportunities to get involved with ServeNow and witness lives being transformed that are most in need around the world, visit our website: weservenow.org.