“It is harvest time in Ethiopia, our problem is shortage of material to reach and teach!”

These are the words of a Somali evangelist working in Ethiopia, a country where there has been an exponential growth in new believers over the past 20 years. Today an estimated 30% of Ethiopia’s population are evangelical Christians but scriptures and discipleship material are scarce. In response, over the past seven years, MediaServe (the Bible and literature publishing division of ServeNow) has provided 240,000 bibles and almost 500,000 evangelism and discipleship tools. The need is far greater than we alone can provide, but we are committed to do our part. 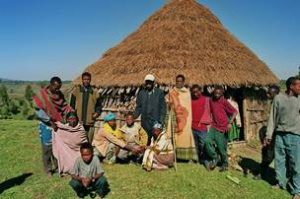 Working where there’s only 2-3 bibles per congregation

Oromo is Ethiopia’s largest language group (25 million speakers), yet there’s likely to be only 2–3 bibles per congregation of around 100 people. Last year, MediaServe provided 180,000 Oromo New Testaments and soon we will provide another 90,000 for Christians who don’t have a Bibles of their own.

Following a visit to Ethiopia, Peter Ek, Project and Marketing Director for MediaServe explained how the New Testaments had been given mainly to Christians from other religious backgrounds: “Before they received MediaServe New Testaments, only one out of fifty believers had a tract, New Testament or Bible. Now it has dramatically improved to around one in five! The churches and the believers are delighted. 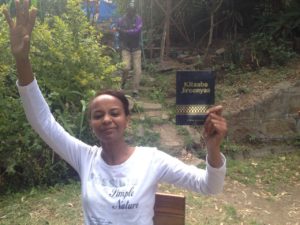 “An older man told me how he, for years, had kept and treasured an old bible written in Oromo. He used it very carefully because he didn’t know if he would ever be able to get another copy. He passed it on to his son, who recently passed it to his son. The grandfather in this family was overjoyed when they each received a copy of the Word of God!” 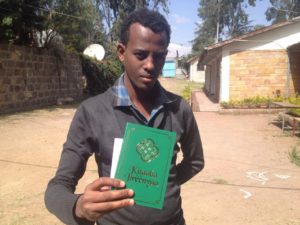 We’ve also heard remarkable testimonies of how people are turning to Christ. For example, a 70-year-old man, tirelessly shares the Gospel and plants churches in villages. Last year, he baptized 174 people – all of them came from another faith and have each received an Oromo New Testament. 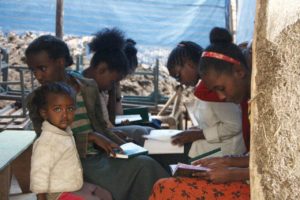 In another region, 40 people, including 13 prominent leaders of another faith, came to know Jesus and were baptized. None of them own a bible so they borrow copies from other Christians and copy the text.

Another evangelist explained: “I work in Oromo-speaking villages and towns. When people hear and read God’s Word, their lives are changed. We are so happy and thankful to have received the Word of God.” 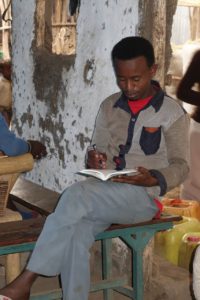 Providing the scriptures for the Oromo people in Ethiopia has been on our hearts for some years now and we have actively been working towards providing more copies of His Word for this people group. One leader shared with us: “We thank the Lord for the vision that God has put in your ministry to come with God’s Word to us. It is a huge blessing to have the Bible in the Oromo language. We are so happy! Before people used to ask us where they can get the Word of God but we couldn’t afford to give them a copy. But now we have the possibility to give God’s Word to those who are hungry and thirsty. We are so happy!”

Ethiopia is living in revival. Now is the time to get God’s Word into the hand of the believers so they can keep on track and be rooted in God’s Word! If you would like to partner with us to get Bible’s into the hands of others click here: God’s Word. 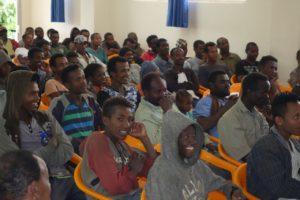