All because a few people obediently listened to the Lord’s prompting, Maria Sturt and her dad, Lars Dunberg, started ServeNow at the end of 2012. Maria came to Lars and said, “Whatever the Lord is telling you, Andy (her husband) and I are 100 percent behind it.” Then Lars responded, “You wouldn’t like to be the executive director of a new mission organization, would you?” On that day, ServeNow was born. That is when Maria continued her servant’s heart by leading and advocating for the most vulnerable in the world.  With great sadness, we share that Maria has gone to be with the Lord after a brave fight with cancer. To remember Maria’s life and honor her legacy, our team wanted to share a small glimpse of this incredible person and her giving heart. Follow along and discover the words from a few of our national leaders, where Maria helped start ServeNow and where thousands of lives are still being impacted, especially her special compassion for those most vulnerable: 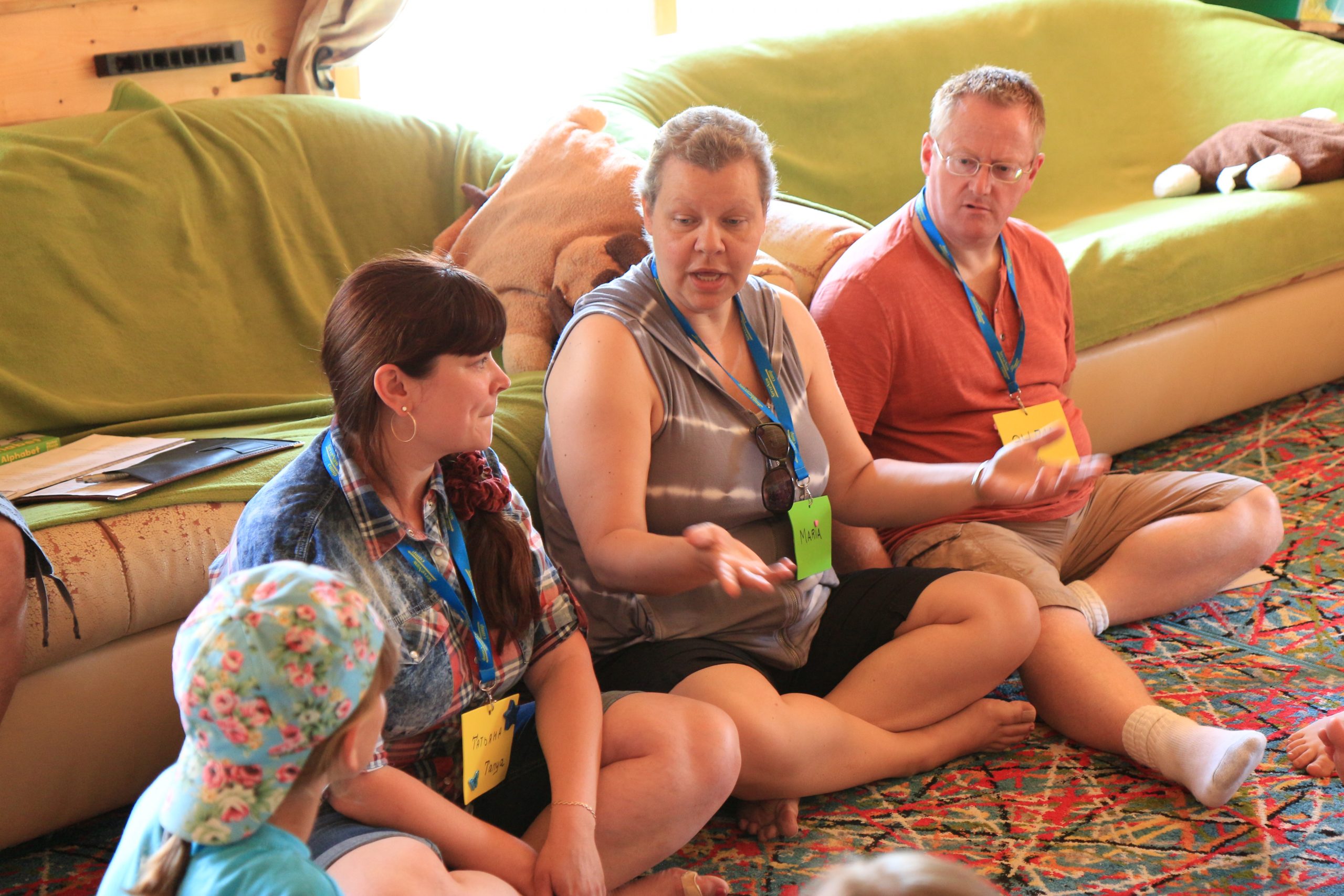 I had the privilege of knowing Maria and serving together. For me, she was an example of sacrifice, openness, and sincere service to God and people. We often heard her loud and joyful laughter in the camps. Maria loved to amuse children, and at the same time, she could keep their attention to focus on the important things. I remember Maria sharing her testimony with the kids at camp. It was very serious stuff, but she told it in simple and easy-to-understand language for the kids. Afterward, one girl, wiping tears from her eyes, hugged Maria. She asked for prayer for her mother, who was going through a similar situation.

Maria knew how to feel people’s emotions. At the end of one of the camps, I was exhausted. She came up and hugged me. Maria did not say anything, but she understood everything… We were silent, and then we started singing one of the camp songs together. It was so funny that we started singing louder and louder. The children heard and began to join in our singing. We could not finish the song because we started laughing so hard.

I sincerely appreciate having Maria in my life. Her parents Lars and Doreen must be so proud of her as God’s servant. I am madly grateful to her husband Andrew, who set the record for Lego construction at this Camp J. Also, I am grateful to her children Ryan, Ellie, and Katelyn for allowing her to be a mom to other children. With prayers for the whole Sturt-Dunberg family, Tanya.

We are sorry for the loss of Maria but praising God for her life. She impacted many lives, rescued some from the bondage of modern-day slavery, and blessed many vulnerable children’s lives. Maria was a real blessing, inspiration, and encouragement for many, including myself. Her passion for the mission and heart for the people really matters a lot to this day. I really praise God for her life and pray for her family to have peace of mind and comfort. Many women of our tailoring school, children, and we will be remembering her always. As we read in 2 Timothy 4:7-8, Maria has fought the good fight. “I have fought the good fight, I have finished the race, I have kept the faith. Now there is in store for me the crown of righteousness, which the Lord, the righteous Judge, will award to me on that day—and not only to me but also to all who have longed for his appearing.” 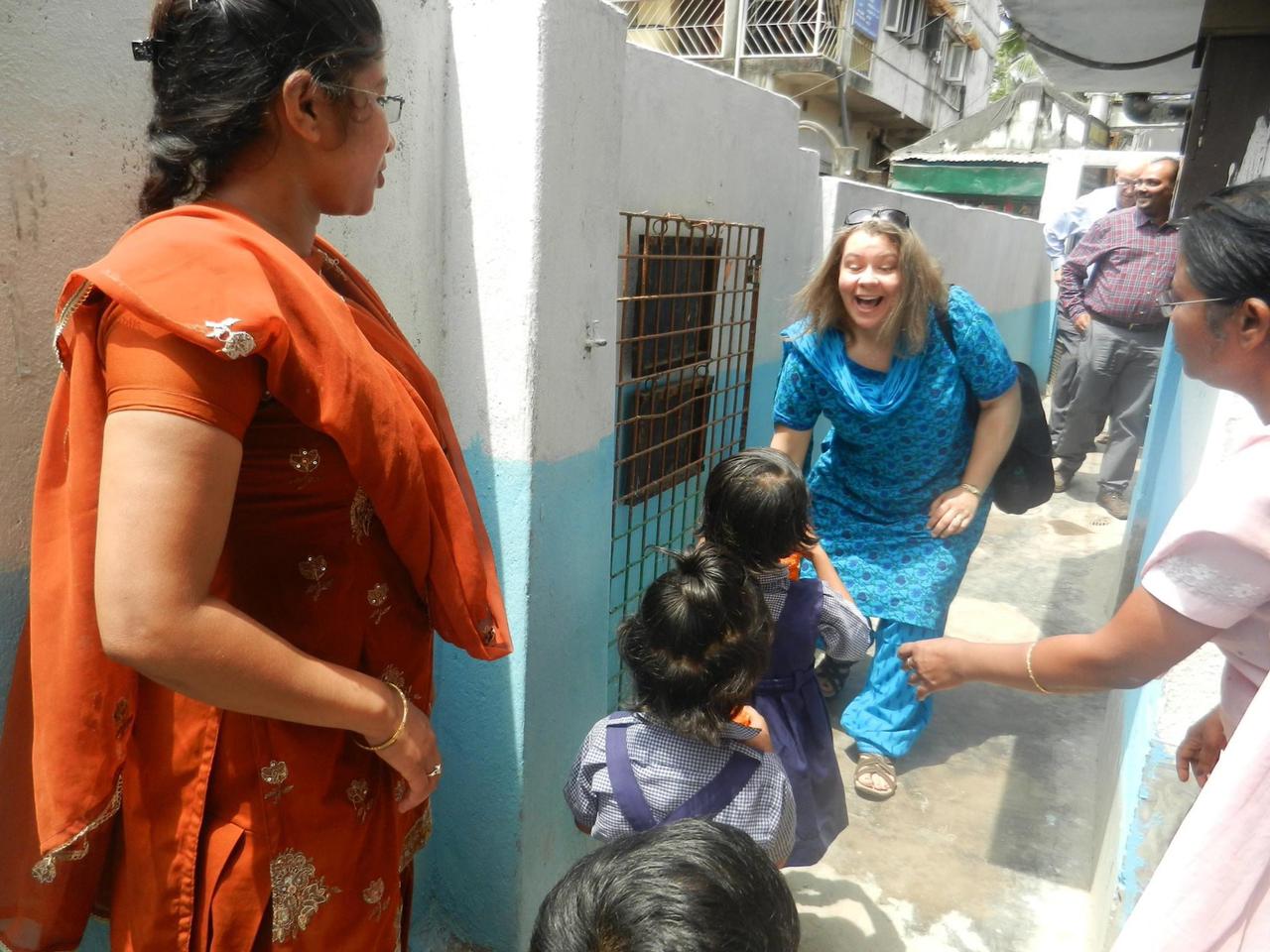 I have known Maria for almost two decades now. We started to minister together in India long before we officially launched ServeNow’s India operation in April 2013. When I first met Maria, she was already an “India veteran.” Previously, Maria visited Indira several times and ministered in different states. She even lived here at a stretch for a couple of months!

What stands out about Maria is how she always had such a tenacity to care, love, and serve the vulnerable, especially the children and women. That love is modeled straight out of the heart of Jesus. Maria was a source of inspiration for all the women who attended the skill training programs. Almost every student who graduated from these schools always enquired if “Maria Sister” is coming to award them the certificates! Maria was the elder sister many of them never had!

Maria simply loves children; she would often come here in the middle of the hot summer seasons to co-lead in the summer camps up in the hills where we take kids from our Sunday school ministry in the slums of the cities. The camps, especially with Maria, were always an amazing experience for the kids. Most of these kids had already seen the worst the world could do to them yet at camp, they received the hope of a better life and a glimpse of the love of Christ. Even after many years, the kids would always remember being at the summer camp with Maria.

In one of the summer camps I remember, a boy came forward looking straight at Maria with a smile and said, “I have come here with a lot of heartaches, pains, and anger. I never had any friends, now in the camps I have met a new friend ‘Jesus’ and thank you for introducing me to Jesus.”

This was the impact of Maria’s ministry in India. I am thankful to the Lord for letting me be a part of Maria’s life, ministry, and passion for serving the vulnerable. I will continue to carry on with her vision.

After a week of her passing, Maria’s legacy continues to live on and impact even more lives. In her honor, half a tailoring class has already been funded! As our team grieves this earthly loss alongside her family, our team knows it is heaven’s gain. Maria was an incredibly joyful and loving friend, mother, daughter, sister, leader, and servant in Christ. Maria truly lived out ServeNow and now can rest hearing, “Well done, good and faithful servant; you have been faithful over a few things, I will make you ruler over many things. Enter into the joy of your Lord” (Matthew 25:23).

The Sturt and Dunberg family asked, “in lieu of flowers, please consider a donation in Maria’s memory to ServeNow’s programs for women at risk of human trafficking. As ServeNow’s first executive director, Maria launched a tailoring school for women at risk of trafficking in India and Nepal. Each graduate receives a manual sewing machine to set up their own business. You may give through the website at https://weservenow.org/…/educating…/anti-trafficking/ or by sending your donation to ServeNow, 1817 Austin Bluffs Parkway #110, Colorado Springs, CO 80918. Please mark your donation for Maria’s memorial.”

Human trafficking is a growing evil and booming industry. Your gift provides awareness/sponsors skill training for those most at risk, giving them value and protection! Or for $200 your gift can be used to bless a graduate of our tailoring programs with a sewing machine to start their own business! Our work takes place in three major hubs for trafficking/prostitution: Ukraine, Nepal & India. Be a part of the solution by giving hope and opportunity!