One year ago, on April 25, 2015, at 11:56 am local time, Nepal was struck by a 7.8 earthquake, which was recorded by Nepal’s National Seismological Center (NSC). Nepal had never faced a natural shock of comparable magnitude for over 80 years. The epicenter of the earthquake was at Barpak Village Development Committee, in the historic district of Gorkha, about 80 km northwest of Kathmandu. Less than three weeks later, another 7.3 magnitude earthquake shook the country. The aftershocks brought landslides and new dangers, hindering survivors’ efforts to find loved ones, seek shelter and re-build. This devastating earthquake was followed by more than 400 aftershocks greater than 4.0 magnitude which killed 8,686 and injured more than 22,000 people. About 3 million people have been displaced and over 800,000 houses have been either completely destroyed or damaged. 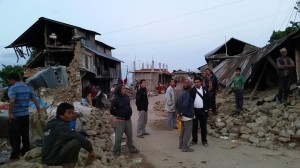 The damage exposed the weakness of structures that obviously did not have any seismic-resistant features. Poorer rural areas were more adversely affected than towns and cities due to their inferior quality of houses. Thirty-one of the country’s 75 districts were affected, out of which 14 were declared a “state of emergency” for the purpose of prioritizing rescue and relief operations. Another 17 neighboring districts were partially affected. The destruction was widespread and covered residential and government buildings, schools, churches, hospitals and medical clinics, rural roads, bridges, water supply systems, farm land etc. Rural areas in the central and western regions were particularly devastated and further isolated due to road damage and obstructions. In the worst hit areas, entire settlements, like Langtang, were swept away by landslides and avalanches triggered by the earthquakes. 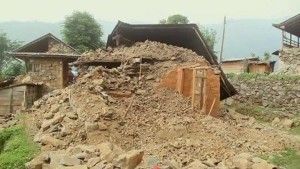 Geological surveys were conducted in the Kathmandu valley and in the surrounding areas; the results showed that this region is still at risk of another massive earthquake. This news made national headlines and was broadcast on radio and television. Even today, it is never far from people’s minds.

The ServeNow team in Nepal (along with a ServeNow team from India who came to be of assistance) distributed food and non-food relief materials to the earthquake victims of Gorkha, Sindhupalchock, Nuwakot, Kathmandu, Dhading, Rasuwa, Dolakha and Ramechhap districts, they conducted medical camps, provided trauma counseling for victims, and met other basic needs; the organization works with the heart of “Serve Now, Procrastinate Later!” ServeNow was able to provide much needed help to more than 15,000 people (read more here). 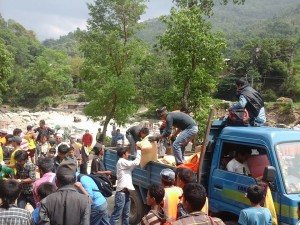 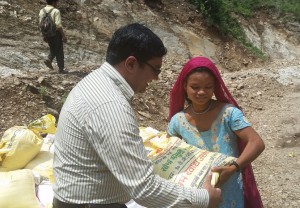 The Nepali government received large amounts of relief aid, but they still haven’t provided any significant support to the earthquake victims in rebuilding their homes. People are forced to live in temporary shelter, even today. Due to this, many people are frustrated, helpless and hopeless. The restoration and rebuilding of damaged villages and constructions may need many years. Many people lost everything they owned and are not able to rebuild their homes. Many have to take out loans to move forward. 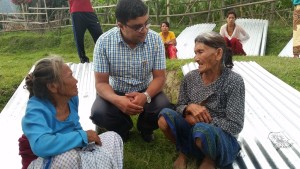 Nepal continues to face a series of other potential disasters as it ranks higher in disaster vulnerability, particularly as a result of our current global climate change, with earthquakes and floods induced disasters. The impact of disasters becomes more severe if the aftermath cannot be managed properly. It was, and still is, a very difficult and painful situation for the people. The disaster added especially more trouble to the women, young girls and children in Nepal. Please pray for the country and people of Nepal! 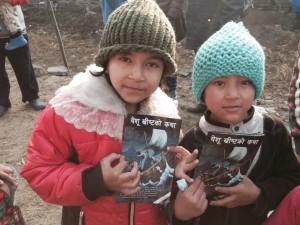 ***If you would like to continue to help the people of Nepal, you can give here: Where the Need is Greatest or Disaster Relief. ServeNow is also presently conducting tailoring classes in Nepal, to help girls at risk of human trafficking and exploitation to learn a skill, which will enable them to make a living. Two new lighthouse centers are opening this year in two slums to serve children in need and to teach women practical skills as an alternative to prostitution. Medical clinics are hosted throughout the year for those who can’t afford to visit the doctor or purchase medicine. Believers are being equipped with discipleship resources. In the winter, we hope to clothe hundreds of children and elderly people with winter coverings. You too could serve on a team going to Nepal in December, or a team going to India and Nepal in October. You can read about one teams visit to Nepal here: SeveNow Nepal 2015/16 Mission Trip. 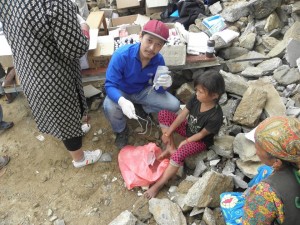 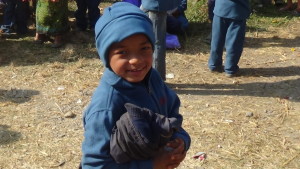