Nepal is one of the poorest countries in the world. Besides all the regular problems the government needs to deal with, slum problems have been a major issue for many years. A recent study has shown that the number of slums have increased each year in the Kathmandu valley. It is estimated that more than 20,000 people live in the slums in Kathmandu. Most of the slums are located on the river banks. People live in small temporary shelters on land that doesn’t belong to them. As a result of living there without the government’s permission, they always live in fear of losing the roof over their heads.

Balkhu Slum is one of the worst slums in Kathmandu. Approximately 400 families live in this slum. Most of the families live in small huts made of bamboo, old zinc sheets and plastic materials. Only very few have been able to use cement concrete blocks to build their house. Many parents use their children as beggars in this slum. There is a constant foul smell coming from the polluted river. People are forced to live here, as there is no alternative.

Fathers drink alcohol, sleep on the streets and get into fights. Mothers take their children to the street and force them to beg; others send their children to collect the garbage. Most of the slum children’s stories are similar. They have no hope for their future. Most of these children never had an opportunity to go to school. There is no medical help available, and many suffer from malnutrition.

ServeNow is starting a lighthouse in this particular slum with the goal of giving the children an opportunity for a better future. The lighthouse will ensure education, while also creating an awareness of children’s rights, teaching the children about health and hygiene, and presenting Christ to them as a light in the darkness. It is our sincere prayer to bring the Light of God into this dark place. 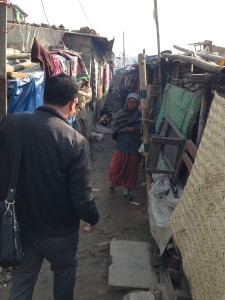 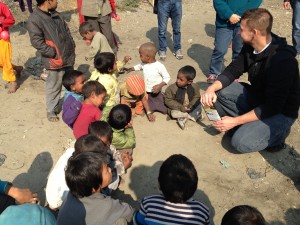 Balaju slum is located near the main bus station of Kathmandu, on the banks of the Bishnumati River. Altogether, 77 families live in this slum. Though the quality of life in this slum is definitely substandard, it is still slightly better than the Balkhu slum.

Besides the main bus terminal, there are also hotels and restaurants in the vicinity of this slum. Many of the hotels in this area are involved in the local sex trade or promote prostitution. The women of this slum often engage themselves in prostitution as well; they have no qualifications, they lack practical skills and have no other options for their survival. It may not be their choice, but it is a way to support their families’ needs. In other words, they are forced to choose the sex trade.

ServeNow is starting a lighthouse in this slum as well. The main goal is to offer an alternative to the sex trade by providing life skills training. The lighthouse will provide skill development training (tailoring) to the women. After their training program, we expect that the women will use their skills to earn money and to provide for their families in this way. We will also run an awareness program for the children in the slum, and we expect that the children will benefit greatly from the education they receive. 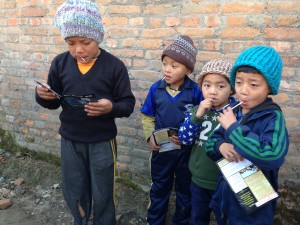 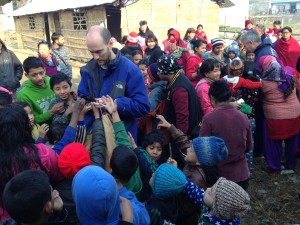 ***Click here to read more about Lighthouse Centers or our Skill Training efforts to combat trafficking/prostitution. To help meet the many needs of these centers, click here for Children or here for Anti-Trafficking.