At the time of this blog article being posted, another new classroom building is being built in Uganda for orphan/extremely impoverished children! this article explains in greater detail the situation, history and vast need in Uganda. It’s worth highlighting that there are 2.5 million orphaned kids in Uganda. We believe God has called us to mobilize resources and people to care for these kids in a holistic way.

Uganda’s population is currently projected at 39.02 million, with a growth rate of 3.26% per year. The recorded fertility rate of 6.2 births per woman is high for a country with a weak economy. Population density averages at 188.42 persons per sq. km of land. 84.23% of Uganda’s population lives in rural areas and population distribution is dependent on the settlement patterns, climate, vegetation, soils and socio-economic factors. The population of children below the age of 18 is 56.1%. Children are the most vulnerable group: in fact, the level of vulnerability among children in Uganda is at 96%. These high levels are attributed to HIV/AIDS, poverty, political unrest and general gaps in the National Response to Orphans and other Vulnerable Children (OVC) response due to limited funds. 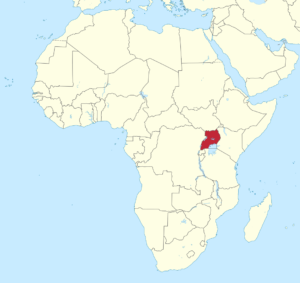 2.5 million Ugandan children are orphans, of which 1.2 million are orphaned by HIV/AIDS. Due to the nature of HIV/AIDS transmission, the infection of one spouse usually leads to the infection of the other, leaving children without primary caretakers or with poor and old guardians, living below the poverty line of $1 per day. This makes it impossible to meet the children’s basic needs such as food, clothing, education and basic medical care.

Political unrest has resulted in frequent outbursts of armed conflict and massacres in past decades. Although the entire country of Uganda has suffered from the brutality of war and civil unrest, Northern Uganda, where one of our centers is located, has suffered added horrors of rebel warfare. For twenty years, the people of Northern Uganda were terrorized by the brutal rebel troops of the Lord’s Resistance Army (LRA), commanded by Joseph Kony, that left the lives of hundreds of thousands of people devastated. The war affected many lives of Uganda’s children, and many extreme human rights violations were witnessed which included; murder, abductions, mutilations, child-sex slavery, and forcing children to participate in hostility. By the end of the war, all school institutions in the region had been completely demolished by the rebels and many children had been either killed, abducted, or had run away to seek refuge in the heavily populated internally displaced camps.

25% of households in Uganda have orphans, leading to an increasing dependency burden at the household level. This even makes other children with parents in the same households become vulnerable since they share the meager resources with the additional members of the household. In addition, many of the OVC do not access education even in the face of Universal Primary Education (UPE) and Universal Secondary Education (USE) (high school). This is because they cannot afford scholastic materials and other fees charged at school. In addition to this, many UPE and USE schools are very far from the communities where children are living, therefore making it impossible for them to access education. Orphans have formed the biggest percentage of school drop-outs. 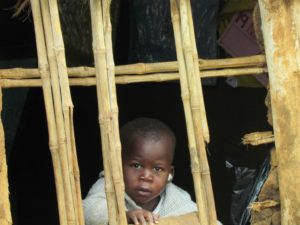 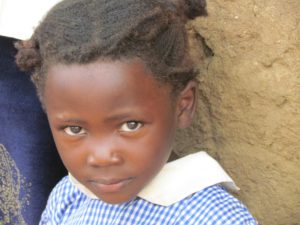 The need for new buildings in 8 centers

ServeNow is partnering with a pastor in Uganda who has established education centers in the rural communities to allow OVC access quality education and other services such as access to clean water through construction of bore wells. Reverend Moses moved out to the poorest of these rural communities with a passionate desire of putting into practice the Gospel. In other words, when people see Christ’s love in action and not just in words, it can make a big difference in their hearts turning and opening to Christ. However, there was a huge insufficiency of funding, and as a result, the construction of permanent classrooms was not possible. Nonetheless, Rev. Moses did not allow this challenge to deter him from his vision. Starting with the little he had, he put up temporary structures made of timber, bamboo and mud to serve the purpose. With no desks or chairs in the buildings, students sat on the dirt floor. It is hard to imagine schools without classroom structures or desks, but there was an increase in student numbers each day. Several children would walk barefooted for over 10 miles to and from school, on rough, dirt roads. This was the only place in the entire area that was at least offering some education, and for the community members, that was much better than nothing at all. 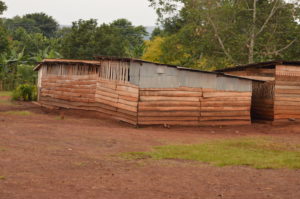 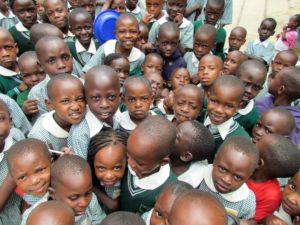 Rev. Moses was able to work with these structures until they got weakened by termites and storms during the rainy season, leaving them at the verge of collapsing. This was an immediate threat to the school community, because education had to be suspended. In addition, temporary structures are not recommended by the government, so there is a need for construction of new permanent classroom blocks. 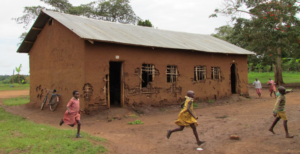 ServeNow has come alongside Rev. Moses to help rebuild as many classrooms as possible. In the last year and a half, several classroom buildings have been rebuilt (as pictured below!). 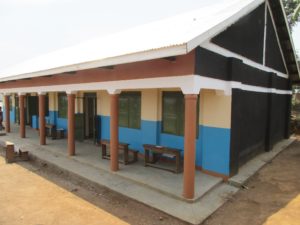 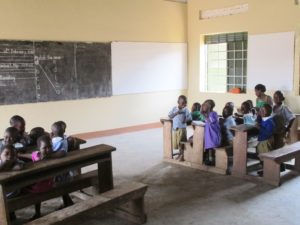 Currently, we are working on rebuilding half of another building classroom, but need a few more partners to invest today to make it a complete building! If you would like to help rebuild classrooms for these precious kids in Uganda click here. You could also sponsor one of these sweet children for just $37 a month through our sponsorship program. What will you do to make a difference in these children’s lives today?