ServeNow was launched in January 2013 to serve people in need by caring for orphans, widows, underprivileged children and youth as well as equipping the Church for greater fulfillment of its ministry and providing humanitarian assistance where needed. It operates in several countries, including Uganda. Through its partnership with Gospel Messengers Ministries, it has reached several places all over the country in activities such as construction of permanent classroom structures to replace the worn out semi permanent classroom structures in several of eight school locations for 3,000 orphans, a sponsorship program for these same children, The Basic Things booklet series for pastors and churches with no access to any material or being able to afford Bibles, providing training for pastors and leaders of remote and poor churches as well as bicycles for pastors without transportation. 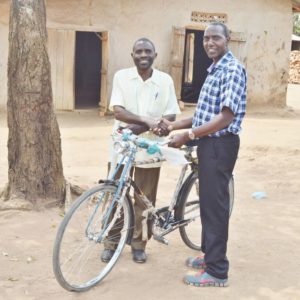 The ministry has supported construction of permanent classroom blocks at Lugazi and Kamusenene Children Centers. At Lugazi, there were temporary structures constructed with timber, mud and bamboo due to limited funds to construct permanent buildings.  In addition, these were further weakened and at the verge of collapsing hence a threat to the school community. They didn’t have windows that interfere with pupils’ lessons during the rainy seasons as wind would blow into the class rooms, destroying pupils’ property. ServeNow raised funds and constructed a permanent classroom block that now houses two classes! 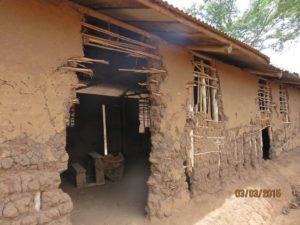 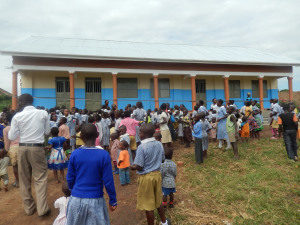 At Kamusenene, a heavy hailstorm hit, that blew off roofing of a classroom block. The already weakened and burn out block due to termites eating up timber was left at the verge of collapsing to the extent that it could not be re-roofed but demolished. Before it was demolished, ServeNow constructed a permanent classroom block. As if this was not enough, they further raised funds for construction of another block exactly where the old block was. In addition, another weakened classroom block was replaced. 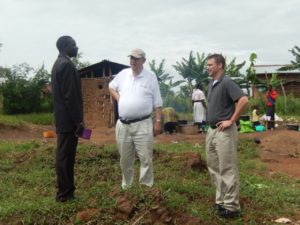 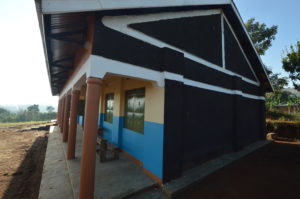 These buildings are of a great impact to the orphans and vulnerable children as they can now acquire education from a decent environment.

For example, just recently another roof blew off an old building due to a fierce storm. Thankfully, the children were not inside during the storm when this happened. But now, they have no building to meet in to receive an education. To see a short one minute video that shows the destruction and need click here: Storm Damage to Classroom.

In Uganda, poverty is the most critical and serious problem. Children are deprived of basic needs like food, shelter, education and medical. Poverty remains firmly entrenched in the country’s rural areas. About 40 percent of all rural people still live in abject poverty. Most of these rural people are illiterate. They get their meager resources from small scale farming yet with the prolonged dry seasons, without irrigation facilities, it remains a very big challenge.

To address this challenge, ServeNow supports children with its sponsorship program. This gives children like Grace, an opportunity to consistently attend classes. Grace is one of many who before being sponsored, would walk several miles everyday to school, knowing that half the time she would be sent back home not having the little tuition money necessary. Some children are 12 years old and going into second grade, due to inconsistently being able to attend classes. 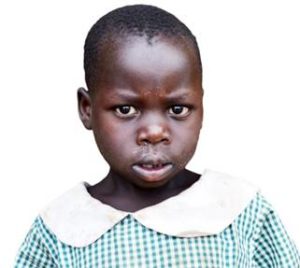 Sponsoring a child on a monthly basis provides the stability and security they need to focus on their education and have a chance of being lifted out of poverty. Without an education they will never escape this vicious cycle. To sponsor a child click here: Child Sponsorship.

The majority of rural people in Uganda cannot afford medical services.  In addition, these medial facilities are not well facilitated yet they are at distant places hence making it very hard for sick people to walk such long distances.  ServeNow provided hospital equipment including hospital beds, mattresses, wheel chairs, crutches, walkers, microscopes and incubator among others. Some of these items such as wheel chairs and crutches have already been donated to those who could not afford buying. 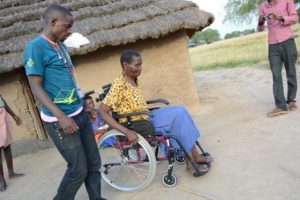