In the remote, mountainous villages of India and in bombed-out areas of eastern Ukraine where refugees live in temporary shelters, there are countless hurting children. One can find a few government-run orphanages, where some of the children have never even been outside the fences. These are children who cannot even dream about what it would be like to be invited to a beautiful, mountainous region, far removed from their daily life of poverty or living in a war-zone, to eat regular, healthy meals, do crafts, play games, ride down zip lines, and hear stories about a loving God who can positively impact their lives. Some are so emotionally damaged that it may take 3-4 days before they open up. But after that, starved of love, hugs become an every day routine! Many of the Indian children who come to the summer camps have no idea who Jesus is. The Ukrainian children know the name only as a swearword. After ten days, most of them leave the camp with their new best friend Jesus in their hearts and a New Testament in their hands!

Last year, ServeNow ministered to over 200 children at three different camps. This summer, ServeNow is hosting two ten-day summer camps in Ukraine, as well as one in Eastern Ukraine near the conflict zone, and two 3-day camps in the hills of Dehradun and Kalimpong, India, with the goal of impacting more than 250 children! Here are some stories from last year’s camps:

Yulia (15 yrs old) lives in a refugee camp. Finding a job and earning money is very difficult for her parents because of discrimination against Eastern Ukrainian refugees. Yulia witnessed and experienced many awful events in her hometown in Eastern Ukraine, which is a war-zone. She and all the people she knew had to flee their homes and leave all their belongings behind. Even at this young age, she already carries adult burdens. That is why this camp experience was such a valuable gift to her. Like many other children at this camp, Yulia and her family are not Christian. However, the kids learned about, witnessed, and received God’s love, and they took it home to their families. She learned how to pray for her parents, for their problems in life, and for their country. 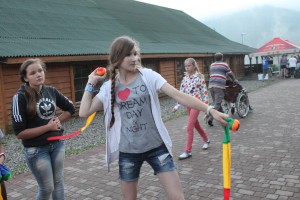 These two children (see pictures below) lived a normal family life in their homes in Donetsk; they attended school and worked towards their futures, full of possibilities and ambitions. But now, through a civil war in Eastern Ukraine, all these things have been destroyed; they had to flee and leave  basically everything behind. All they were able to carry with them were a few clothes, their most important documents, and a few basic necessities. They were torn away from their normal lives and routines. Sveta and Daniil were so happy to attend this camp. Their parents cannot give them much, because even finding money for food is difficult for them. Needless to say, vacations, fun activities and new clothes are really out of the question. Sveta and Daniil thoroughly enjoyed all the games and made many new friends. Sveta especially loved mealtimes. After every meal, she would finish off any leftover food at her table and even took bread for later. They are very thankful for these nine days of happiness. 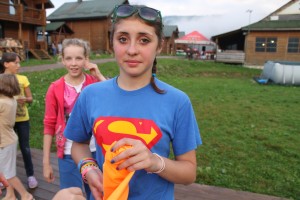 Fourteen-year-old Gaurav is an active boy who comes from a staunch Hindu family. He traveled for five hours to come to the camp. He had never left his village, never attended any kind of Christian event and was quite excited about this opportunity. A few years ago, one of his friends told him about Jesus Christ and took him to Sunday school. His Sunday school teacher gave a Bible to his mother and prayed for both of them. His mother believed in Christ, but the others in their household did not. When the camp ended, Gaurav went back home with the intent and desire to share the Gospel with his family members! Gaurav told the camp staff that he believed in Jesus Christ, because he had seen that his prayers to the idols never gave any results, but his prayers to the Lord did. 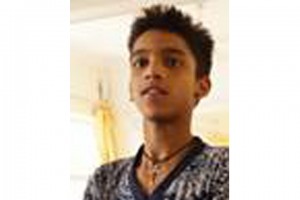 To read more stories from last year’s camps, check out our Summer Camp page or click here. If you are interested in actually going to one of these camps and serving these children this summer, check out our Ukraine Summer Camp Mission Trip page. And lastly, if you would like to make the dreams of more children a reality this year, giving them the summer of their life, click here: Give a Child a Summer to Remember!