Last week, we held our first summer camp in the Carpathian Mountains! A team from the US, along with volunteers from Ukraine, helped run the camp for orphan, refugee, disabled and other disadvantaged children, coming from abusive or challenging family situations. The majority of these kids do not come from a Christian background, yet through this camp they are able to experience the love of God in a very personal way and hopefully find Jesus! The camp was a big success, and we have heard so many great stories from the children. We’d like to share a few of them with you:

Rostik is 7 years old. Rostik has been raised by his father ever since his mom left. They are very poor. It was very important for Rostik to learn to live and work with others, together in a team, and to build relationships with other children. He learned to take care of his own things, to keep things tidy and in order. He is a very mischievous boy, but he learned to do activities together with his team and make friends with the other children. He loved the English lessons and even started to say some phrases in English. 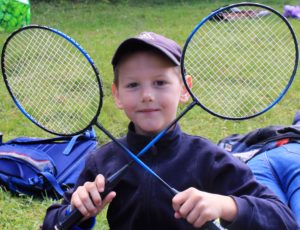 Vika is 11 years old. Her dad died in a covert operation during the war. Vika lives with her mother and stepfather. Consequently, Vika has a difficult home life due to her dad’s death. She prayed for the first time here at the camp. She really misses her dad. As she has a very low self-esteem, it was hard for her to do something on stage. Yet she did, and she made new friends who accepted her for who she is. 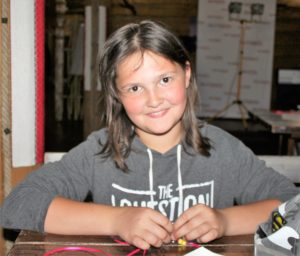 Vlad is 12 years old. His parents were both soldiers when the war in Eastern Ukraine broke out.  Sadly, his dad was killed in the war. Vlad misses his dad very much, and his mom has to raise her son by herself. The camp was very good for him. After one of the Bible lessons, he expressed his wish to have his own Bible. 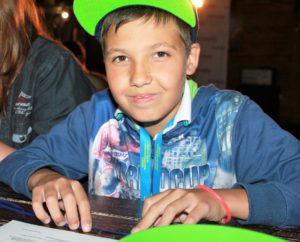 Zhenya is 14 years old. Her father died in the war in Eastern Ukraine about two and a half years ago. She is going through a very difficult time and sometimes acts aggressively with the other children. She admits that her anger and resentment are against the people who killed her father. At camp, she learned to make friends and enjoy life. She really liked all the games. She also loved acting on stage. In fact, this was a great achievement for her. Playing and working together as a team was also an important lesson for Zhenya to learn. 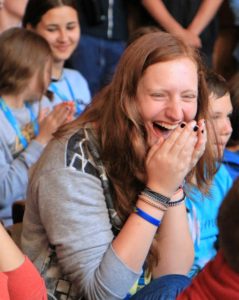 Vladislav is 12 years old. He is an orphan who lives with his grandmother and his older sister. During the week, he lives at a boarding school. Vlad’s mother had a mental illness, and even though they tried different treatments, it didn’t help, and she eventually died. Vlad was very quiet and shy, but he became more free at the camp. He liked to communicate with different children, and all the children loved him; he was a great friend and a good team player. He never complained and was helpful to everyone. He enjoyed the time at the camp very much, especially the talent show. 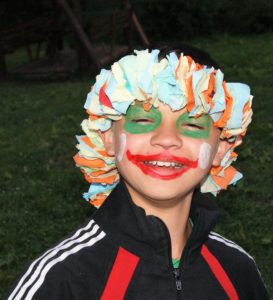 Maksim is a 16-year-old high school student who does a lot of sports and who is a top student. He is very kind and compassionate. He helped care for children in wheelchairs; for example, he carried them during the games, because he wanted them to be able to participate as well. He loved the English lessons, and he was thankful for every game and event. Maxim’s mom doesn’t care for her son, so the boy lives with his grandmother. In fact, the mom’s parental rights have been revoked. Even so, Maxim misses his mother very much. All the guys at the camp liked him, and they appreciated his willingness to help, his strength and optimism. 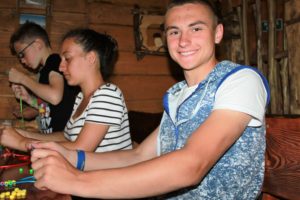 Denis is 10 years old. For Denis, this camp gave him the opportunity to show his talents. He has poor eyesight, and life isn’t always easy for him. While at camp, he was able to show his talent for singing and dancing; it is his dream to become a stage manager. 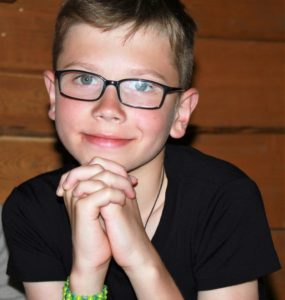 Andrew came to the Tsyurupinsk orphanage (a place for mentally disabled children) from a boarding school that had closed down. He didn’t study at all, and it was said that he has a learning disability. He has only spent a short time at the Tsyurupinsk orphanage. After this camp, Andrew will go to a home for elderly people. This will not be a great place for Andrew to be, because he is only 19 years  old! There are many young men like him, and there is practically no work for them to do. During the camp, he was very polite, he played all the games, did crafts, sang songs, and was happy with everything and accepted it all as a gift.  Andrew does not have any relatives. There is no one who can protect him. Even though he is 19 years old, he is like a child on the inside. The counselor who brought him to the camp said: We wanted him to see something good in life before he will be send to a home for elderly people. 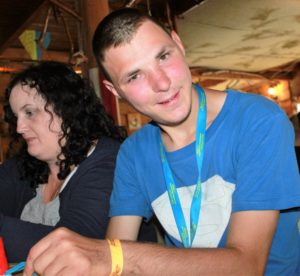 Anastasia and Ilia are 12 and 9 years old. The children come from a large family of six children.Two of the children are disabled. Anastasia and Ilia are the youngest in the family. This is a very poor family. The local church brings food for the children and even potato seeds to plant, because children often have nothing to eat. Their mother is the only one able to work. She gathers firewood in the forest and sells it, this is the only earnings they have as a family. During the winter, they use this firewood for cooking. They have a very complicated relationship with the father. He wants to deprive the mother of parental rights, so that he doesn’t have to pay alimony. The children have never been in such a positive environment as they have at camp. For example, there is no running water at home, no shower, no normal toilet; they carry water buckets from the neighbors. At the beginning of the camp, Anastasia and Ilia were very shy, because they had never left their village, and they had had very little contact with other children. At the camp, Anastasia and Ilia quickly learned how to make friends and to play games with their new friends. They now have real friends, and they will continue to stay in touch.. 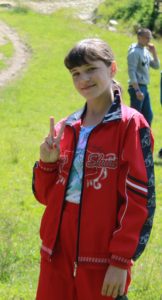 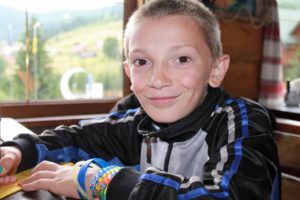 There is one more camp to go in Ukraine for kids coming from similar backgrounds! Would you help us reach our goal to cover the costs of this camp by sponsoring a child or two? You can give here: Summer Camp Sponsorship.