We have just wrapped up the first of the 3 summer camps in Ukraine. This was a special camp, because it was held in Poltava, not far from the current conflict zone in Eastern Ukraine. There were 64 children altogether, coming from different backgrounds: some were refugees, others orphans, some disabled or coming from poor/dysfunctional families. The kids experienced many things for the first time in their lives, from cooking their own dinners each night, to learning to climb rock walls, archery and canoeing. They thoroughly enjoyed all these new experiences! 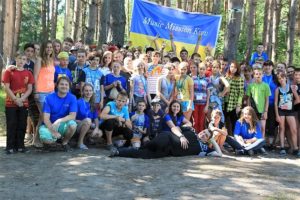 Almost half of those who attended the camp were not Christian and had never been at a Christian camp before. One evening, about 30 teenagers came forward during a call to repentance! Many of them were crying, feeling convicted of their sins, being drawn to Christ, and feeling God’s presence. Our volunteers and staff will continue to follow up with these teenagers in the days and weeks to come.

Here are some of their stories:

Ksenia is 12 years old. Her mother had brought her to a boarding school. The mother abuses alcohol, and that’s why Ksenia ended up living with her grandmother in a village. Five days a week, she’s at the boarding school, and then she stays with her grandmother during the weekends.It is not easy for the grandmother to take care of a child, but she does the best she can. Ksenia is a very smart and diligent child. She barely ever leaves the village, and she has never visited another part of Ukraine. That’s why this trip to the camp was such a great event for her. She enjoyed the time here, especially swimming in the river. 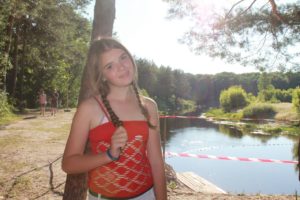 Igor is 13 years old. His mother has serious problems with her health and that is why she had to send her child to a boarding school. Igor spends 5 days a week at school and then goes home on the weekends. Igor is very modest and shy, but at the camp he decided to take part in all the activities and sports competitions, to help make him stronger. He especially liked the “barrier strip”. His boarding school teacher mentioned afterwards that Igor has stopped complaining and crying. 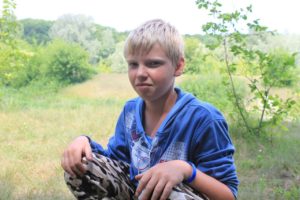 Olya is 13 years old. She has one sister and one brother. Their parents abandoned them and left Ukraine many years ago. That’s why the children live with their grandmother. She is strict, but she takes good care of the children. The three children spend 5 days a week at a boarding school and then come home on the weekends. Olya does well at school; she also takes dancing and singing classes. At the camp, she tried canoeing for the first time in her life and loved it! 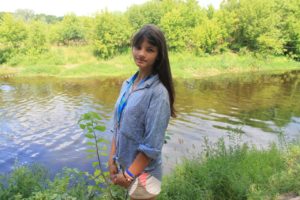 Sergiy is 17 years old. Sergiy’s parents died in a car crash, and he now lives with his old grandparents in a village. Sergiy stays very busy around his grandparents’ house; he herds the cows, works in the garden etc. In this way, he is able to provide for the family. His grandparents were reluctant to let Sergiy go on a summer camp, because summer is a very busy time for farm work and other work in and around the village. In the end, they allowed him to go; it was Sergiy’s first time to go somewhere other than the village. The trip to this camp was such a big gift to him. Sergiy liked swimming in the river and canoeing. He enjoyed every day of this camp. 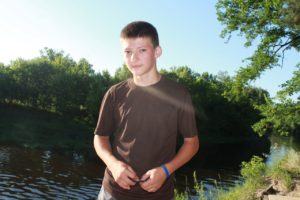 Vanya is 15 years old. He was adopted at the age of one. Everything went well for Vanya and the family, but then his mother suddenly died when Vanya was only 7 years old. The child took the loss very hard. He became more withdrawn, but through it all he remained steady, hard-working and determined. His father remarried, and now the family is trying to build new relationships. At the camp, Vanya really enjoyed swimming in the river. He was never bored and enjoyed each day. 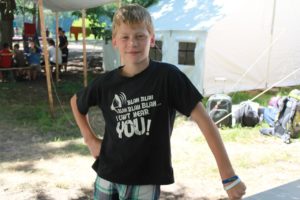 Alina is 18 years old. Alina was adopted at the age of 12. Her first family was very poor, her parents drank a lot, the stepfather beat her, and it traumatized her. It has obviously affected her deeply, not just emotionally, but also in her behavior. She goes against everything that is connected to believers and church. That’s why it was so important for her to spend time with Christians boys and girls her own age, in an relaxed atmosphere. It is clear to everyone around her that she feels comfortable at the camp, even though she doesn’t want to admit it.

Bogdan is 12 years old. His father died, and he has a complicated relationship with his new stepfather. He doesn’t have a good example of a real father, that’s why he doesn’t trust to men. He loves scary stories, and he likes to remember and tell others terrible stories of things that have happened to him. But at the camp, he was more positive, told positive stories and talked about good experiences. Most of all, he enjoyed everything that had to do with the extreme; especially canoeing, and the “barrier strip”. 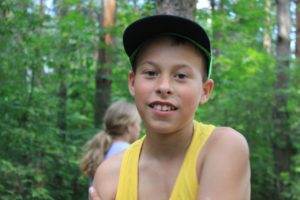 Taira is 12 years old. Recently, Taira’s mother wrote a book about her life; a life of drugs, rape, imprisonment. Everything changed when she met Taira’s father. Now she conducts a women’s ministry at her church. She tries to help women who are in the same situation that she once was in. Taira felt really comfortable at the camp. As she says: she was not harassed because of the color of her skin, which, unfortunately, happens a lot. At the camp, she felt the support, and she felt accepted for who she is. 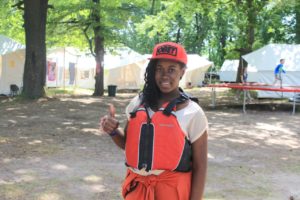 Daniel is 13 years. Daniel has developmental issues. He barely speaks, and that’s why he is not accepted by his peers. Now he learns to speak so that he will be heard. At the camp, he began to “speak” and ask questions. For him, it was quite a victory just to ask a question. He was so happy that people listened to him here at the camp. Children from his team and his mother noticed the changes that have happened to him. 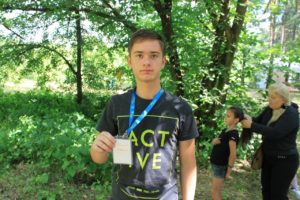 Anya is 10 years. She and her younger sister have been living with their adoptive family for the past 6 months. Before that, they lived with their mother. Since childhood, their mom has had mental disabilities, so she couldn’t take good care of the children. Their grandfather took them eventually out of the home, and to a boarding school. The living conditions in the dormitory were very minimal; the children were often hungry, and at times they had to look for food in the garbage. Anya was diagnosed with “mental retardation” and sent to a special school so that she had more to eat. But this smart child did not receive any development there, and sadly, the same fate awaited her younger sister. Thankfully, the girls are now with an adoptive family. Anya came to the camp to rest. She enjoyed herself very much. Although she is still afraid of water, she did play in the river. She also tried to help out during dinner preparation. 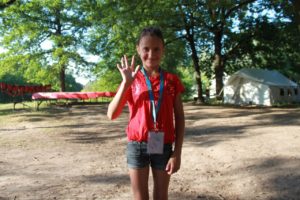 Sasha and Natasha are sisters from Krivyj Rig. Since childhood, they lived in an orphanage. They have no relatives. Two years ago they were adopted, but the girls’ new parents failed and abandoned them. The girls became difficult to handle; they got involved with thefts, and their behavior became hard to control. Now the girls are in a new family. Both the girls are actually very talented; they love singing and dancing. At camp, they also enjoyed all activities involving running and jumping. 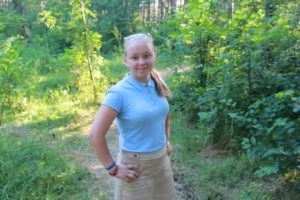 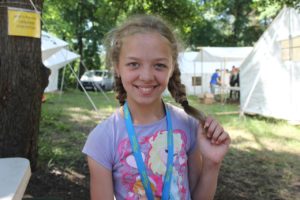 Please consider a generous donation to help sponsor kids like these for the next two camps in Ukraine this summer: Summer Camp Donation.

Oh, and here are a few pictures of one of our wonderful and dignified Ukraine National Directors at her best! 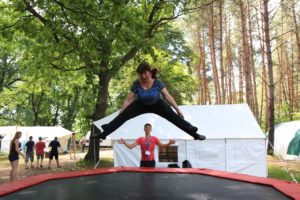 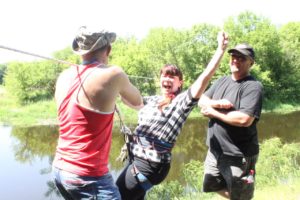 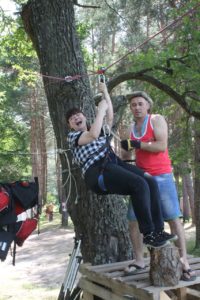