In this article, we will feature the testimony of ServeNow’s national directors in Ukraine: Andrey & Tanya Shpygunov. In future posts, they will share more specifically about various ServeNow projects in Ukraine, with the purpose of serving those in need. We hope you will enjoy reading these posts, share them with others and consider getting involved in what God is doing in Ukraine. Options include; going on a Mission Trip, Giving financially, praying, or becoming a ServeNow Ambassador!
Tanya & Andrey 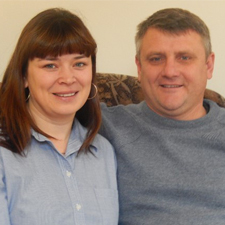 We were both born and raised during the  Soviet Union era. After the Soviet Union collapsed, many missionaries came to our country to share about Jesus; during that time we were introduced to Christ as well. We made a decision for him and have dedicated our lives to God since then. At that time, we also became involved in ministry.

In 2002, God gave us a chance to serve people in need through what was called the “Hope Center”, in Crimea.  During more than ten years, hundreds of kids heard the Gospel and dedicated their lives to Christ! We loved being part of the Hope Center and spent all our time (including vacations and weekends) there. We sincerely enjoyed our involvement with the Hope Center’s ministry. Everything seemed so stable, and we thought that it would be this way forever. No one could imagine that things might change in just a few weeks’ time. Yet, that is what happened in 2014. Russia occupied Crimea, and we had to leave our place and the Hope Center behind. It was a difficult time for us, and the following words became so meaningful to us: Sometimes we can’t change the situation around us, and we have to accept things the way they are. Yet, it is our responsibility to continue to serve God and be faithful to Him in every circumstance.

For a short period of time, we felt that this was a hopeless situation, but God was working to fulfill his plans and purposes in Ukraine through ServeNow: distribution of Christian literature to the churches, a bakery for young girls, summer camps, humanitarian aid for hospitals and orphanages, Christmas gifts given to over 7,000 each year, and many other things that we would not have done otherwise. God basically “scattered” the ministry all around Ukraine, as he scattered the early church in the book of Acts…in order to reach more people!

Also, the skills we learned while working in and around the town of Kerch (Crimea), helped us to continue ministry outside of Crimea. Without us realizing it, God was preparing us for the ministry of ServeNow to be expanded, spread out, and reaching more people than ever. We truly believe that if one door closes, God will surely open other possibilities. He is never outwitted or taken by surprise! 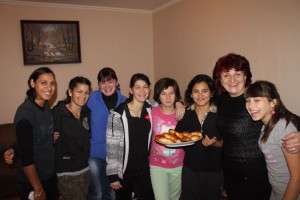 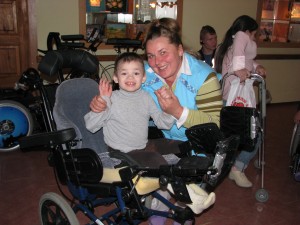 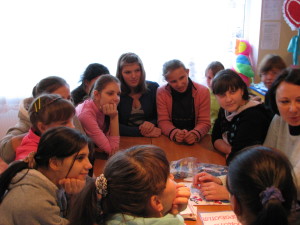